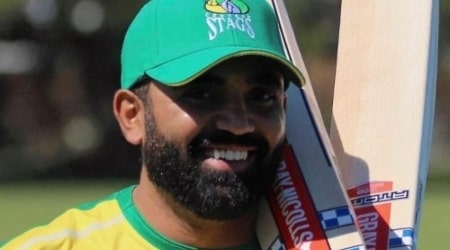 Ejaz Patel is a New Zealand professional cricketer who has represented his country in the longest and shortest formats of the game (Test and T20I) as a frontline spin bowler. In the New Zealand domestic circuit, he has played for Central Districts (2012–13–present) in all 3 formats. A rare occurrence in modern cricket, Ejaz has also played domestic cricket outside his country representing Yorkshire County Cricket Club (2019) in England.

He is of Indian origin.

Ejaz is sponsored by –