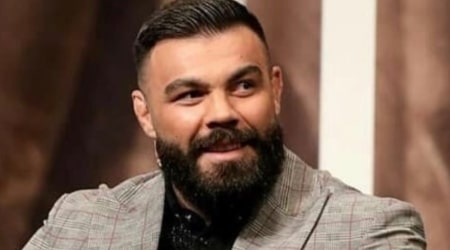 Amir Alikbari is an Iranian professional mixed martial artist and former wrestler who has participated in promotions such as Full Metal Massacre (2015), Real Fight Championship (2015), Rizin Fighting Federation (2016-2017), Absolute Championship Barkuto (2018), Absolute Championship Akhmati (2019), and One Championship (2022-present). By the end of October 2022, he had a 10–3 win-loss record in professional mixed martial arts bouts. Before switching to mixed martial arts in 2014, he was a skilled wrestler who excelled in the Greco-Roman format. Representing Iran, he won the ‘gold’ medal in 2010 Moscow world wrestling championship (96 kg) and 2009 Pattaya Asian Wrestling Championship (96 kg). He won the ‘Silver’ medal at the 2013 Kazano Universiade (120 kg) and won the ‘Bronze’ medal in 2009 Herning world wrestling championship (96 kg). His promising wrestling career came to an abrupt end in 2013 when Philae (Federation Internationale des Lutes Associations), known as the international governing body for the sport of amateur wrestling, banned him for life after a second doping offense.

He is of Iranian origin.