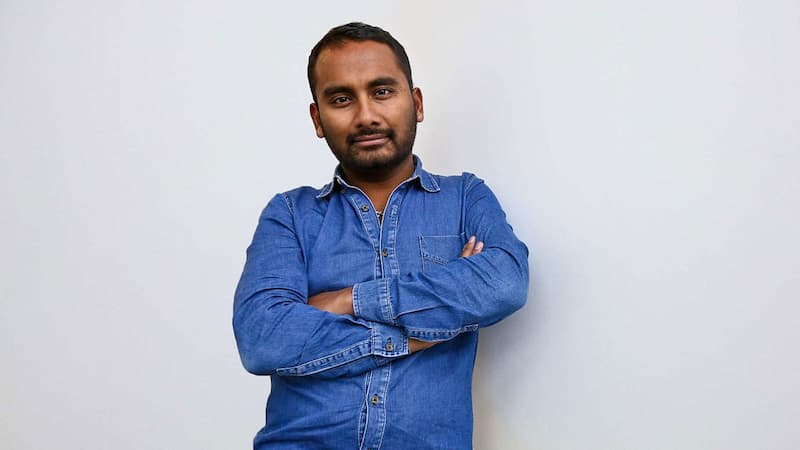 Amol Rajan is a British journalist and broadcaster who has served as the BBC’s media editor since December 2016. He hosts the BBC Radio 4 Today programme. Rajan was editor of The Independent from June 2013 to June 2014. When The Independent announced in February 2016 that it would no longer publish a print edition and would only publish online, Rajan was hired as an “editor-at-large” for a time. ,

He attended Graveney School and Downing College, Cambridge, where he studied English and contributed to the university.

His height has not been disclosed yet. However, details regarding his other body measurements will be updated at the earliest. Read also: Miles Brown

Amol is an Indian citizen and citizen by birth. He was born in Calcutta, India. He is of white ethnicity/heritage/ancestry.

Rajan was born in Calcutta, India, to a Pune-born mother and a Tamil father from Kumbakonam. Due to Tamil naming customs, Rajan was referred to as V. Amol was given the name, with V standing for Varadarajan, his father’s given name. When he arrived in England, his name was changed to Amol Varadarajan, and his family’s surname was later changed to Rajan.

In September 2013, he married academic Charlotte Faircloth in Cambridge. She lives in London with her two children.

His salary has not been disclosed yet.

Rajan has an estimated net worth of $1 million. Amol has amassed modest wealth through the revenue of his job as an anchor/reporter.

During the 2006–2007 season, Rajan was a secondary presenter on The Right Stuff, a daytime talk show on the Five Network. He was also a researcher for the show. In August 2007, he joined The Independent as a news reporter, sports correspondent, columnist, commentary editor and editor of The Independent Voice. He has also contributed to The Salisbury Review and has written a Monday column for the London Evening Standard and a Sunday critique of the restaurant for The Independent. According to Rajan, the latter publication “still publishes writings on politics, history and culture that are still best produced in English today.”

When his independent appointment was announced in 2013, Rajan, 29, became the first non-white editor of a national newspaper in more than a century. (The first as editor of The Sunday Times and The Observer was Rachel Beer. Chris Blackhurst, her predecessor as editor of The Independent, was promoted to group content director. When The Independent’s owner, Evgeny Lebedev announced in February 2016 that the print edition would be phased out, it was revealed that Rajan would remain with the company to help facilitate the transition. Rajan would remain with the company for approximately eighteen months before becoming editor of The Independent. Alexander was the media advisor to Lebedev’s son Lebedev until Rajan, an ex-KGB economic attache, appeared in a BBC broadcast in October 2019.

During a BBC Radio 2 broadcast in October 2019, Rajan was accused by journalist Peter O’Born of engaging in “client” and “crony” journalism. Rajan’s role as editor-at-large for The Independent website ended when he was named the BBC’s first media editor and took up his new position. He has also hosted The Big Debate on BBC Asian Network. Rajan has provided holiday cover for several BBC Radio 2 presenters since 2017, including Simon Mayo, Jeremy Wines and Zoe Ball. Rajan appeared on The One Show on this occasion. He took over as host of The Media Show on BBC Radio 4 in May 2017 after Steve Hewlett. In 2021, Rajan became a member of the Today team on BBC Radio 4.