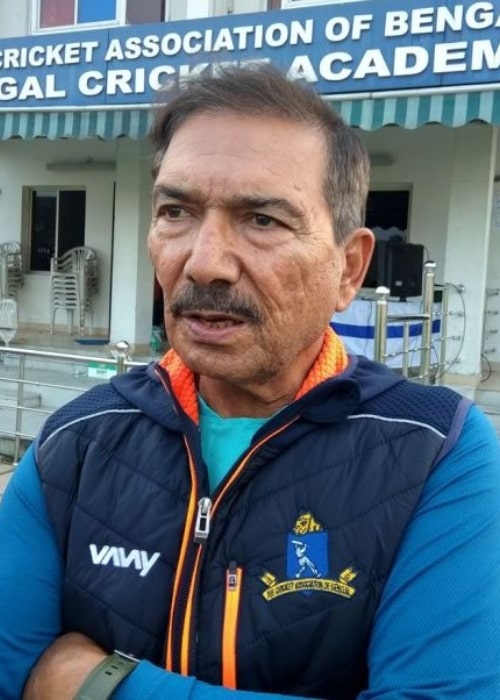 Arun Lalu is an Indian cricket coach, commentator, analyst and former professional cricketer, who represented his country in the longer formats of the game (16 Tests and 13 ODIs) between January 1982 and April 1989, as an opener. In the Indian domestic circuit, he played for Delhi (1977–78–1980–81) and Bengal (1981–82–1995–96). Ranji Trophy (the major domestic first-class cricket competition in India) title with the latter team in the 1989–90 season. It was only the second time in history that Bengal won the coveted title more than 5 decades after their first title win in the 1938–39 season. Bengal was not able to repeat this rare feat till April 2022. In March 2001, he announced his retirement from all forms of cricket. After retirement, he has worked as a cricket analyst and commentator with several TV networks and media publications. He was appointed as the mentor of the Bengal senior team in October 2018 and was promoted to the position of head coach the following year. Under his leadership, Bengal reached the final of the 2019–20 season. Ranji Trophy Where they lost to Saurashtra. This was the first time Bengal had reached the final of the tournament since the mid-2000s when they were consistently defeated. Ranji Trophy Final – Against Uttar Pradesh (2005-06) and Mumbai (2006-07).

Arun attended Mayo College, the only independent boarding school for boys in Ajmer, Rajasthan, is one of the oldest public boarding schools in India. After graduating high school, he joined St. Stephen’s Collegean affiliated college with Delhi University, a collegiate public central university in New Delhi. He did his graduation there.