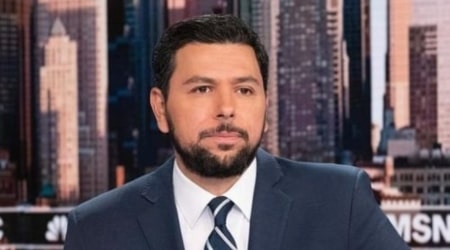 Ayman Mohyeldin is an American journalist who started her career working for a multinational news-based pay-TV channel CNN and international news channels funded by the Qatari government al Jazeera, he had joined NBC News in 2011 and hosted several shows on the US news-based pay-TV cable channel msnbc such as first look, an early-morning show; And Ayman Mohyeldin reports (Originally MSNBC Live with Ayman Mohyeldin), a weekday afternoon show. His program in September 2022 ayman Weekend evening spot was given. During his career, he covered major political events in the Middle East, including the trial of Iraq’s ousted President Saddam Hussein, the 2005 Sharm el-Sheikh resort bombing, the first multi-candidate Egyptian election in 2005. The 2008–09 Gaza War, the Arab Spring, the 2011 Egyptian Revolution and the 2014 Israel–Gaza conflict.

His undergraduate thesis, titled ‘The News Media Paradigm in the War on Terrorism’, was accepted in 2002. International Association of Media Researchers Conference,