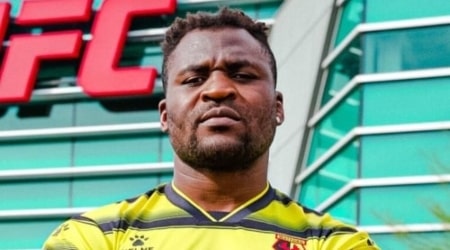 Francis Ngannou is a Cameroonian professional mixed martial artist who began competing in the heavyweight division of Ultimate Fighting Championship (UFC), in 2015. As of November 2022, he was ranked 4th UFC Men’s pound-per-pound rankings. As of November 2022, he had an impressive 16–3 win–loss record in his professional mixed arts career, which included an 11–2 win–loss record since joining. UFC, in March 2022 UFC 260He defeated Stipe Miocic to win UFC Heavyweight Championshipfirst born in cameroon UFC the champion. before joining UFC In 2015, they set a 5–1 win-loss record competing in promotions based in France, Switzerland and Bahrain, such as 100% ActionSHC, and KHK MMA,

He is of Cameroonian descent.