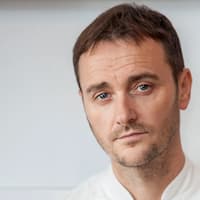 Jason Atherton is an English chef and restaurateur. In 2011, the first year of its opening, their signature eatery Parag Street Social was awarded a Michelin star. Until April 30, 2010, he worked as executive chef at Gordon Ramsay’s Labyrinth in London, which has a Michelin star. She co-hosted the Sky Living television program My Kitchen Rules in 2014.

Atherton is 51 years old as of 2022. He was born on 6 September 1971 in Worksop, United Kingdom. He celebrates his birthday on 6 September every year.

Atherton is of British nationality by birth. He was born in Worksop, United Kingdom. He is of mixed caste.

Atherton is the son of a Skagness hotelier and her associate husband. When he was 16, his parents fled to London while his parents were on leave. Also read: Antony Worrall Thompson

Atherton is married to Ira Atherton. He lives in south-west London with his three daughters and his Filipino wife Iraha.

Atherton has an average height of 5 feet 8 inches.

Atherton has an estimated net worth of $1.5 million.

Atherton frequently appeared on “Saturday Kitchen” and in June 2008, Jason won the third season of the wildly successful “Great British Menu” contest on BBC2. He prepared the starter and main course at the “Gherkin” building in London. Atherton returned to the “Great British Menu” in 2009 and 2010 as host. At the 2012 Katie Awards, she also took home the “Chef Award”.

Since then, Jason’s “The Social Company” has grown into a well-known restaurant chain with a variety of eateries, including the Michelin-starred City Social, Social Eating House, Little Social, The Betterment, and Berners Tavern. has been dubbed. “The Defining Restaurant of the Decade,” among others.

Atherton and Gordon Ramsay oversaw the opening of the maze at the Hilton Prague Old Town in November 2007. The Maze Grill, located next to the Maze in Grosvenor Square, opened its doors in April 2008. Atherton opened the maze at Cape Town’s One&Only Hotel. In 2009, the addition of Maze eateries in Melbourne and Qatar.

Atherton left Gordon Ramsay Holdings in 2010 to start his own restaurant business, The Social Company. In May 2010, he opened Table No. 1 at the Waterhouse in Shanghai’s South Bund Hotel, his first independently owned restaurant. Parag Street Social, one of their Michelin-starred flagship restaurants, opened in Mayfair in April 2011.

The Pig & Palm, a 70-seater with chef’s table, tapas bar, main dining area and lounge area, was designed by Neri & Who’s architect Lyndon Neri, who also designed Atherton’s other restaurants Pollen Street Social, Sosharu and Kensington was also designed. Street Social, and opened in Cebu, Philippines in June 2016. This restaurant is his love letter to his lovely wife. In November 2016, Atherton inaugurated the Temple and Sons restaurant in London.