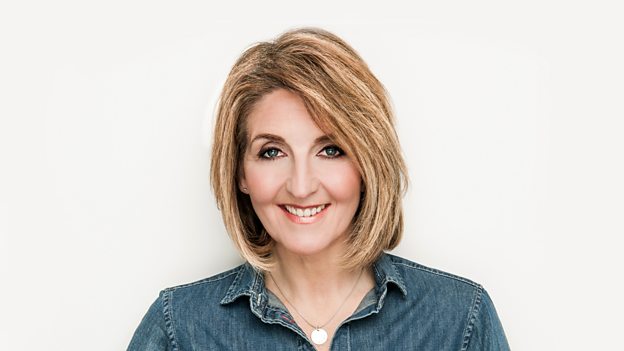 Kaye Adams is a Scottish journalist and television presenter, she hosts the morning show on BBC Radio Scotland from 9am to 12pm. Kaye is best known as one of the four anchors on the ITV topical discussion show Loose Women from 1999 to 2006 and again from 2013, which she did from 2007 to 2012, becoming a regular panelist on Channel 5’s daily morning show The Right Stuff. left for

Adams attended Abbotsgrange Middle School and Grangemouth High School before transferring to the fee-paying St George’s School in Edinburgh and the University of Edinburgh, where he earned his MA Honors in Economics and Politics.

Kaye is of mixed ethnicity/heritage. He was born and raised in Grangemouth, Stirlingshire, Scotland, United Kingdom. She holds Scottish nationality and citizenship by birth.

She stands at an average height of 5’5″, (1.67 m). However, information regarding his other body measurements will be updated later. Read also: Lisa Desjardins

She was born and raised by her parents in Grangemouth, Stirlingshire, Scotland, United Kingdom, however, efforts to establish the identity of her mother and father were in vain as no information about them is available to the public. So it is not known whether he has any siblings or not.

Adams is in a long-standing relationship with tennis coach Ian Campbell, with whom she has two daughters. Adam and Campbell started dating in 1995. He lives in Glasgow with his children.

Both are proud parents to two lovely daughters.

Adams began his media career as a graduate trainee at Central Television, where he specialized in political and news reporting; His first coup was a one-hour interview with Margaret Thatcher. After joining Scottish Television’s nightly news program, Scotland Today in early 1988, Adams focused on hard news for the next few years. He was among the first journalists to appear on the scene of the Lockerbie bombing in 1988. He was set on a new path in 1992 by its original anchor Sheena McDonald after a discussion show for Scottish television. Scottish Women lasted six years under Adams’ direction (1993–99), winning numerous awards and launching Adams’ career as a talkie. show host.

Adams hosted three series of ITV Weekend Live with Nicky Campbell and John Stapleton, three series of Central Weekend Live with Nicky Campbell and John Stapleton, Esther, Kaye later for BBC Two, and Pride and Prejudice for BBC Scotland Is. Adams co-hosted the final episode of This Morning before Richard and Judy left, and in 2002 she was the daily live anchor of the show from Australia, I’m a Celebrity, Get Me Out of Here! She has also been seen on Lily Savage’s Blankati Blank. Adams hosted the ITV talk show Loose Women, where she and other female panelists created a popular and engaging mix of current events and entertainment. Adams returned to the panel on November 5, 2013, along with Carol Werderman and Andrea McLean.

Adams has also hosted a daytime show called The People Versus and has appeared on Have I Got News for You as a panelist and, most recently, as chair. Adams was a regular guest host and panelist on Channel 5’s The Right Stuff. On STV, Adams narrated the six-part documentary series The Merchant Navy. Adams returned to STV as a guest co-host on the lifestyle show The Hour with Stephen Jardine, more than 20 years after his first appearance. Adams did four shows. Adams joined a longtime team of journalists on The One Show in August of that year.

She has appeared as a guest on Channel 5’s LIVE with… show. Nadia Sawla and Adams co-hosted the daytime chat show Sunday Scoop. Nicola Ibison of Ibison Talent Group represents both Nadia Savalha and Kaye Adams as her agent and manager. In 2018, Adams and Nadia Sawala published Nadia & Kaye: Disaster Chef, a cookbook. Adams joined BBC Radio Scotland as host of the daily phone-in show, Call Kaye. The show ended in 2015, and was replaced by The Kaye Adams Show, which airs every weekday from 9 a.m. to 12 p.m. Due to her work on Loose Women, Kaye is often covered by a guest host. Goes, especially on Fridays.