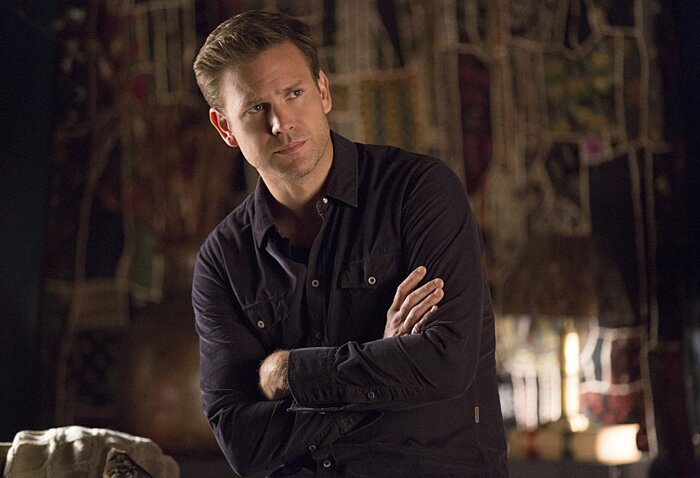 Matthew W Davis (born 8 May 1978) is a very famous American actor, best known for his roles in the ABC comedy-drama What About Brian from 2006 to 2007 as Warner Huntington III in Legally Blonde Is known. Most famously in the CW fantasy drama, The Vampire Diaries as Alaric Saltzman from 2009 to 2017 in his spin offseason series Legacy of the Year 2018. He was also cast on the short CW Mystery and Horror Cult in the role of Jeff Sefton. and also a recurring role in the CBS police drama CSI: Crime Scene Investigation as Sean Yeager.

The year 2001 marked Davis’ first work with Reese Witherspoon and Selma Blair in the comedy Legally Blonde, as Witherspoon’s love interest Warner Huntington III. Her other works include Blue Crush with Kate Bosworth and Michelle Rodriguez in the year 2002. Tigerland with Colin Farrell in the year 2000 and BloodRayne with Kristanna Loken in the year 2005.

Matthews starred as Alaric Saltzman in the famous CW fantasy drama, The Vampire Diaries from 2009, and was also cast in the short-lived CW mystery and horror drama Cult in the same year as Jeff Sefton. , He had a recurring role as Swing Shift CSI Sean Yeager in the CBS police drama CSI, Crime Scene Investigation in its 14th season from 2013 to 2014. David also appeared in the sixth episode titled “Pass Pawns”, the eighth episode titled “Helpless”, and the 13th episode titled “Boston Breaks”. David later returned as a series regular on the hit The CW show The Vampire Diaries as Alaric Saltzman. He is currently starring in The CW series Legacies, a spin-off of The Originals, where David reprises his role as Alaric Saltzman.

He was born on 8 May 1978 in Salt Lake City, Utah. He graduated from Woods Cross High School and the University of Utah. David is of Welsh descent. Later in the year 2018, he married actress Kelly Cassiana on 23 December. In the year 2020, they had their first child, a daughter.