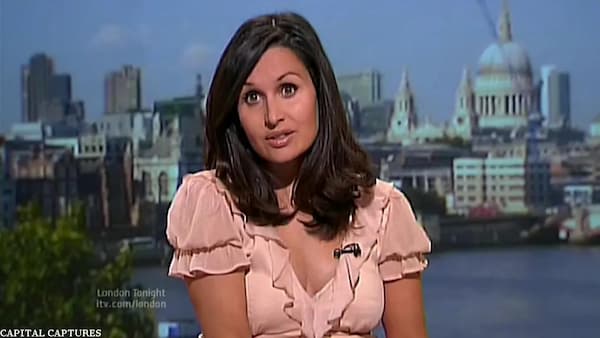 Nina Hussein is a British journalist and television presenter who serves as the lead host of ITV Lunchtime News for ITN. From March to June 2020, he hosted the weekly Coronavirus: Q&A on ITV.

He holds a St Cuthbert Society degree from Durham University. He then obtained a postgraduate diploma in broadcast journalism from the Department of Journalism, Media and Communications of the University of Central Lancashire in Preston.

His height has not been disclosed yet. However, the details regarding his other body measurements will be updated at the earliest. Read also: Sarah Hyland

Hussain was born in the United Kingdom to a Bangladeshi father and an English mother. Dr. Tabrek Hussain, his father, was born in Bangladesh and immigrated to the United Kingdom in the 1960s (when Bangladesh was still East Pakistan). Born in Nottingham, English nurse Pamela married her father. Despite the fact that her father never discussed religion with her, Hussein and her younger sister, Regina, “were nominally Muslims,” ​​she claims.

She was married to her ex-husband of eight years, Sky News editor Craig O’Hara. Since the spring of 2005, Hussein has been in a relationship with her current partner, Stuart Thomas, former editor of ITV’s London Tonight regional news programme, and the couple has three children.

She has an estimated net worth of $4 million.

Hussain’s dream of becoming a journalist started from a young age. In 1996, he was selected for an apprenticeship with ITV Borders on Lookaround, where he worked as a news presenter, producer and reporter. In the year 2000, he worked as a presenter for The Medical Channel. He began working as a presenter and reporter for BBC London News in 2001. When Emily Maitlis went on maternity leave in March 2004, she took over as the show’s lead presenter. She reprized the role in a one-off episode of the spin-off Star Spell, but by the time Star Spell became a full-fledged series, she moved to ITV and was replaced by BBC newsreader Mishaal Hussain, who played through Hard. continued in this role. The second series of the spell. Hussein joined ITV in November 2004 as the lead co-presenter of the ITV Evening News, while Mary Nightingale was on maternity leave. After her return, Nightingale worked as a relief presenter for ITV London and ITV News. In April 2010, she was also a GMTV guest presenter, filling in for Lorraine Kelly on GMTV with Lorraine.

In June 2010, he took over as the presenter of London Tonight for Katie Durham, initially with Donal McIntyre. On November 1, 2010, however, she became the sole presenter. In addition, he co-hosted the ITV Lunchtime News with Alastair Stewart. In 2015, 2017, and 2019, Hussain was a part of ITV’s election live coverage. On May 24, 2019, Hussain announced his departure from ITV News London to become the lead presenter of ITV Lunchtime News. He gave his last ITV News London bulletin on June 19, 2019 at 6 PM. He is still a regular guest presenter on ITV News at Ten. Hussain has appeared in ITV’s Exposure and On Assignment.