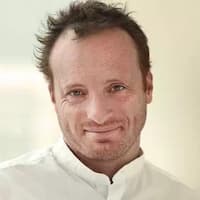 Roo Rogers is an English American business visionary, businessman and producer based out of London. It diverts resources to private enterprises in emerging countries. Rogers is currently the President of Pioneers Industrial Facility Africa, a Johannesburg-based adventure advancement organization.

Rogers accepted a BA from Columbia School and the financial aspects of his Lord’s Being developed from College School London.

Rogers is of British-American nationality. He is of mixed ethnicity/heritage/descent. Read also: Jenny McCarthy

Rogers’ parents are Richard Rogers, modeler, and Ruth Rogers, gourmet expert and restaurateur at The Stream Bistro London (since 1996, Ruler and Woman Rogers).

With his better half Bernie and their three children, Rogers lives in London.

Rogers has an estimated net worth of $5 million.

Rogers was a partner in FuseProject in 2013. Rogers started the Spring Business Accelerator while still at FuseProject. To lead the delivery at all stages, Rogers collaborated with Growth Africa, African Enterprise Collective, LUMS Center for Entrepreneurship and Pakistan National Incubation Centre. He and his team used innovative methodologies and materials to drive ventures, as well as select grassroots entrepreneurs and start-ups such as Dot & Line, Sabaqusa, Edcasa and EarthEnabled. To facilitate rapid testing with users and prototypes, Rogers and his team trained HCD (human-centered design) moderators and researchers in countries across Africa and Asia.

This is made possible by an aggressive growth strategy that spans product development, UX/UI, data science, engineering, business development and development marketing, strategic partnerships, as well as an additional financial infusion. The venture development company is looking to build and scale 140 startups in all 54 countries of Africa over the next 5 years using this exceptional and customized approach.

Rogers co-founded OZOLab in 2007, a venture firm that finances environmentally conscious companies and patented goods such as OZOwater (along with Jordan Harris). OZOcar, the first OZOLab project, started in 2005. OZOcar, which provided a kind, decent alternative to traditional car services using eco-friendly vehicles, was acquired by FCS in 2014. From 2009 to June 2012, Rogers served as President of RedScout Ventures. ,