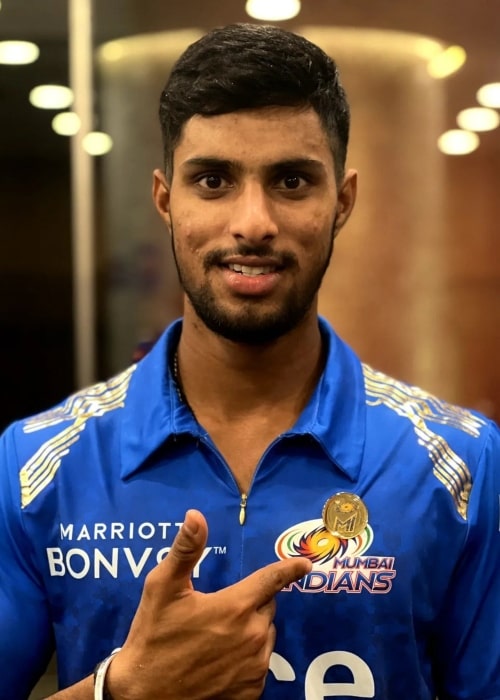 Tilak Verma is an Indian professional cricketer who came to prominence in February 2020 when he helped the Indian team reach the finals of 2020 ICC (International Cricket Council) Under-19 Cricket World Cup, This was India’s third consecutive appearance in the final of the tournament after a losing effort in 2016 and a winning campaign in 2018. In the Indian domestic circuit, he has represented his home city Hyderabad (2018–Present) in all 3 formats. game, as a batting all-rounder. In IPL (Indian Premier League), he has turned out for Mumbai Indians (2022-present).